Last week the Chinese government published the highly anticipated economic data for the first quarter of 2020. Due to the outbreak of COVID-19 in China in January, these statistics may be more important than ever for China as well as the rest of the world. As China seems to get a grip on the corona epidemic and is slowly shifting its focus on economic recovery, the world looks to China as an example of what the economic impact will be and how the road to recovery will look like. Below we highlight the most important takeaways of the economic data which has just been released.

First quarterly decrease of GDP since official reporting began in 1992

The year-on-year change in GDP in the first quarter was -6.8%. This is the first negative GDP growth since the Chinese government started publishing official GDP data in 1992. The last contraction of the Chinese economy evenly dates back as far as 1976, before the opening up of its economy. On a quarter-to-quarter basis the GDP change amounts to an even higher -9.8%, although this figure is in general slightly distorted due to seasonality including the effects of Spring Festival on the Chinese economy.

Almost all large enterprises resumed work, and more than three quarters of SMEs are back to work

Sharp increase in unemployment in February, but improvement already shows in March

The composite PMI output index for large enterprises is a weighted summation of the manufacturing output index and non-manufacturing business activity index. If the PMI index is 50 this indicates no change, whereas a number over 50 indicates improvement and a number below 50 suggests a decline. For the month of February the PMI dropped to 28.9 for, down from 53.0 in January, indicating a strong contraction in operating activities. In March the index returned above the 50 threshold with 53.0, indicating expansion in the economy compared to February. Although this is a sign of a recovery, this does not suggest a return to pre-epidemic levels, as it is merely an increase compared to the month prior, and where February saw an extreme decline. Furthermore the PMI for SMEs fell from 51.9 in January to 27.5 in February and only reached 46.7 in the month March, showing a continuous contraction in the SME segment.

Due to the lockdown measures and economic hardships people significantly decreased their spending. Total Q1 retail sales of consumer goods decreased 19.0% year-on-year, whereas March still shows still a 15.8% decrease year-on-year. However, online retail sales of physical goods shows a more positive picture with an increase of 5.9% over the quarter. 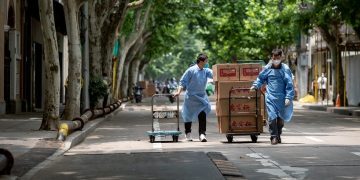 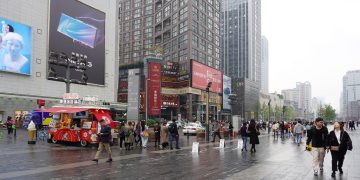 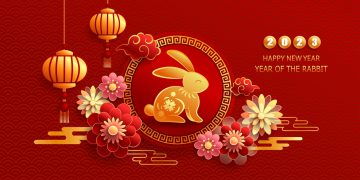