The weekend following the first week of March played host to China’s annual Two Sessions meeting, where a wide range of key political and economic decisions were discussed. As opposed to the previous year, the 2022 discussions had a more realistic outlook when setting out the targets for reform, growth and stability.

For foreign investors and business owners who have an interest in the Chinese market, the meeting provided valuable insight into the country’s outlook for business from a political standpoint. In this article, we take a deeper look at the overall agenda for the 2022 Two Sessions Meeting and the areas discussed by China’s top policymakers.

What is the Two Sessions Meeting, Who Participates and What was discussed

With over 2,000 members spread across different industries and positions within Chinese society, the CPPCC serves as the advisory group for the Chinese Communist Party and aids the government on political matters through consultations. The NPC refers to China’s top legislative body, consisting of the state president.

The 2022 Two Sessions meeting, which commenced on 4 March for both the CPPCC and NPC respectively, lasted until the 10th and 11th of March respectively. The agenda for the 2022 “Two Sessions” meeting primarily focused on China’s long-term development, specifically in terms of areas such as economic policy, carbon and energy targets, COVID-19 and the growth of China’s aging population.

The main objective of the Meeting is to discuss and release the Government Work Report (GWR), where the 2022’s economic targets are set up. In the opening speech of this year’s forum, Prime Minister Li KeQiang, confirmed that the 2022 GDP growth target is set at around 5.5%, which is significantly lower than last year’s 8.1% GDP growth.

The reduced growth is mainly due to three issues occurring worldwide, namely the ongoing pandemic, the war in Ukraine, and the increasing domestic pressure in China. These three issues have led to problems of reduced consumption, fragile and disrupted supply chain and a real-estate crisis, and new restrictive regulations especially in the tech and education sectors. “Stable growth” is the goal put forward for this year’s development target.

Economic stability has been a focal point of the Two Sessions meeting, following the promising recovery in 2021. Policymakers have recognized that in the face of disruptive macroeconomic factors such as the COVID-19 pandemic and pressures from a weakening property and consumer market, GDP targets would likely be lower than anticipated. Many experts argue that the 5.5% growth target set for 2022 will be difficult to achieve due to the internal and external challenges that have arisen.

Achieving a high GDP target would likely involve expanding infrastructure and loosening fiscal policy by lowering the target budget deficit, an outcome that would deter other initiatives such as balancing debt levels for long-term growth.

Going into 2022, strategic efforts towards supporting micro, small and medium sized enterprises will act as a major pillar for sustainable economic development. Encouragement for bank loans and extensions of tax reductions are some of the actions taken to improve the performance of important industries such as technology and agriculture. An example of this can be seen in the recent reduction for small-scale VAT payers in China, whose VAT on taxable sales income has been reduced from 3% to 0%.

The major steps being taken towards developing a strong digital economy are investments towards research and development for the technology sector, enhancing competitiveness of the manufacturing industry and incentivizing corporations to develop high-quality innovations.

During the “Two Sessions” meeting, the Minister of Industry and Information Technology, Xiao Yaqing, had identified goals of growing the number of 5G base stations to 2 million from 1.43 million, and further announced plans to streamline supply chains to focus on medium and high-end manufacturing.

Supportive policies towards enhancing high-tech driven manufacturing are imperative in fueling China’s economic transition following the COVID-19 pandemic, spurring growth for the country’s supply chain on a global scale. Improvements and breakthroughs in industrial chains have been highlighted as key targets for a secure economic future.

The government has also announced new regulations towards the live-streaming and e-commerce industry, by issuing new required licenses and tax codes for streamers. These changes are aimed at reducing personal financial breaches while still encouraging live-stream partnerships in a better regulated environment. Moreover, suggestions towards prosecuting cyber-crime offenders and protecting minors online through new draft rules were discussed by policy makers during the forum.

In alignment with China’s carbon emission goals of reaching neutrality by 2060 and peak emission by 2030, new policies have been enacted to curb energy output. The reduction in energy supply has brought shortfalls in required power levels, a challenge that would need to be revisited to ensure stable power levels. With plans to meet peak emission goals, carbon levels will need to be carefully adjusted to a level that enables sufficient energy supply.

At the “Two Sessions” meeting, private sector leaders and entrepreneurs such as Geely’s Li Shufu, Baidu’s Robin Li and Tencent’s Pony Ma all proposed new methods of achieving lower carbon-emission levels. During the meeting Li Shufu discussed the adoption of vehicles powered by methanol while Xiaomi’s CEO Leijun proposed a country-wide system for recycling electronic waste. From the side of the CPPCC, Robin Li advised on the adoption of using AI powered technology and energy systems to reduce overall emission levels.

In this past year, the central government has maintained a strong stance on zero-tolerance for COVID, with heavy containment procedures and swift lockdown protocols in the event of infections. While this method has certainly kept infection case levels relatively low-level, China’s strict policy measures has taken a toll on local economic performance and foreign investment potential.

New proposals for procedures and rules around handling the virus have been discussed by delegates at the event, and the local government has stuck with the approach of “dynamic clearing “, aimed at completely preventing transmission of the disease. This hardline policy will remain at the core of China’s COVID-19 strategy, however numerous experts have been tasked with searching for new ways of improving the country’s policies with regards to the pandemic.

After evaluating different options and outcomes, a plan of coexisting with the virus will be presented, as stated by the former chief scientist at the China’s Centre for Disease Control and Prevention on social media platform Weibo.

The Problem of the Aging Population

A key topic of interest which has been discussed is China’s aging population. With record low annual birth rates, the government has plans to issue measures to incentivize couples to have more children. These include benefits for maternity and paternity leave policies and financial support for childcare and education.

The top factors in deterring couples from having more children are the high costs of urban living, most notably rising property prices and exorbitant education fees. Moreover, many women worry about their occupational status and the unfavorable position they are in once leaving their companies.

The demographic imbalance can also be attributed to China’s historical one-child policy, which has now been loosened to allow married couples to have up to three children. China’s rapidly aging population is considered a long-term crisis for society and their future labor force given the lackluster development of infrastructure and welfare services for the elderly.

As of 2022, China will face a record high demand for employment. CCTV news has reported that there will be over 10.76 million newly graduated students in 2022 which will put significantly more pressure on the unemployment rate.

This year’s unemployment rate is set to be controlled under 5.5% throughout the whole year, and it is anticipated that around 11 million new jobs in urban areas will be created.

In order to achieve the objectives, The GWR report proposed to enhance employment and entrepreneurship support regulations and continuous services by increasing supportive actions of small and medium enterprises to employ graduates, simplify and optimize the procedure of hiring graduates, and expand the market-oriented social employment channels.

The Goal of Common Prosperity and its Economic Impact

The idea of “common prosperity” was a central economic strategy delivered by President Xi Jin Ping in August of 2021 and relevant policies are expected to be continually discussed at the 2022 “Two Sessions” meeting. Behind this principle is the emphasis on wealth equality and fair distribution of opportunities in Chinese society.

Some notable policies under the “common prosperity” principle include a pilot property tax scheme to deter speculations that drive up housing prices as well as cracking down on for-profit tutoring.

China as a country aims to rely more on domestic output and consumption as the main driver for growth in the future and enable lower-income people to have access to quality education and higher-paying jobs. Small businesses will also be supported by potential plans to improve logistics in rural areas of China to allow for more business opportunities.

Moore MS Advisory, has been dedicated to supporting foreign companies with exceptional accounting, financial advisory and business setup services in China for over a decade. Our experts have a thorough understanding of the Chinese market and the standards for local regulatory compliance. Contact us directly so that our consultants can help deliver successful results for your business in China. 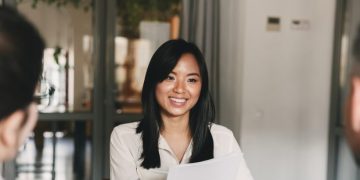 Hiring an Independent Contractor in China

Are Companies Leaving China in 2022? 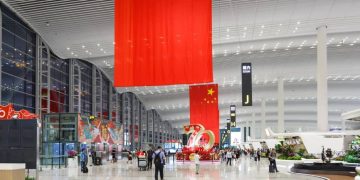