Home
News & Updates
China cuts Pension Contributions for Employers across all of China: implications for Businesses

The last annual Work Report, presented by Premier Li Keqiang on 5 March 2019 after the 13th National People’s Congress (NPC), specifies that China will significantly reduce employer contributions to the country’s social security schemes. In particular, the pension contribution rate for employers will be lowered from 20% to 16% across all provinces of Mainland China.

Recent developments in China show that the Chinese government seems to be picking up speed to reform and improve the Chinese business environment for local and foreign businesses. The country has already launched reforms to it’s Individual Income Tax (IIT)– and Corporate Income Tax (CIT) law and introduced provisional Value Added Tax (VAT) regulation as well. These new measures to lower employer contributions to China’s Pension Fund seem to support these reforms by further easing the burden for Small- and Medium-sized Enterprises in China.

The Chinese social security system is guided by the Social Insurance Law, enacted by the central government in 2011, but is largely administered and managed at the provincial level. Hence, the required contributions can vary by province. Under the current system, both employers and employees are required to make contributions to China’s Pension Fund.

The Chinese pension scheme has received a fair share of criticism in recent years. The contribution rates have been regarded as fairly high, which was emphasized by Chinese government officials such as former Finance Minister Lou Jiwei. In addition, the Social Insurance Law has not been strictly enforced in a bid from local governments to ease the tax burden for businesses. One of the biggest issues which the Chinese pension system is facing is of course the aging population.

The current update to China’s Pension Fund was introduced via the annual Work Report, presented by premier Li Keqiang on 5 March 2019. The Work Report specified that “China will lower the share borne by the employers for urban workers’ basic aged-care insurance, and localities may cut contributions down to 16 per cent”.

As a result, the overall costs of taxation for the employer will be lower for the same amount of gross salary paid to its employees. Because employers would need to pay lesser contributions, they could be further incentivized to operate and hire staff in China.

A key issue for this update to China’s pension fund is to ensure that this tax relief is administered at the local level. As specified by Premier Li Keqiang, “No locality should take any measures that increases the burden on small and micro enterprises when reforming their collection systems”.

In addition, the risk that enterprises will continue to inaccurately report the wages paid to their employees in order to be subject to lower contributions could persist.

The announcement in the annual Work Report is one the first attempts of its kind from the central government to direct local governments to significantly reduce the employer contribution rates for the pension fund.

As the employer contributions to China’s Pension Fund are a significantly large burden for enterprises, lowering of these rates could be one of the most underestimated tax reforms of recent times. We expect this reform to have a large impact on both local and foreign businesses in China.

Based on our observations, the lowered employer contribution rates have already come into effect in numerous provinces and municipalities (including Beijing, Shanghai and Jiangsu), however, we are also still awaiting the implementation and further guidance for a few provinces. It is to be expected that the lowered employer contributions will be applicable in all provinces in the near future. 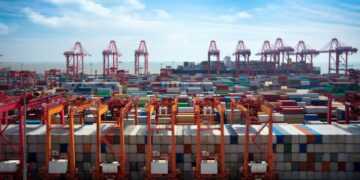 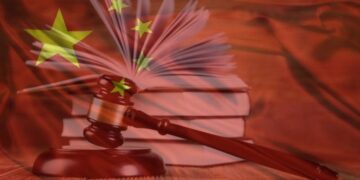 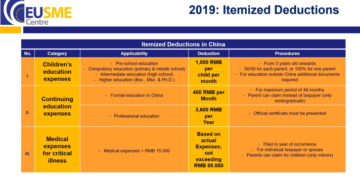