There has been a great deal of public interest on the preferential tax policy for foreigners in China and whether it will be extended beyond December of 2021. In the past China has allowed expatriate employees to lower their tax burden by claiming a portion of their salary as tax-exempt allowances. After deliberation from the State Administration of Tax, the policy on non-taxable benefits has been approved for a further 2 years, Ending 31 December 2023.

WHAT DOES THE CURRENT TAX LAW IN CHINA REFLECT?

According to China’s Individual Income Tax (IIT) law, expatriates who qualify as tax residents are required to pay income tax on all their China sourced income. However, the State Administration on Taxation and Ministry of Finance implemented a policy, beginning in January of 2019, which provided certain fringe benefits for foreign tax residents in China.

According to Cai Shui (2018) No. 164, from 1 January 2019, foreign tax residents were entitled to some of the following tax-free fringe benefits: 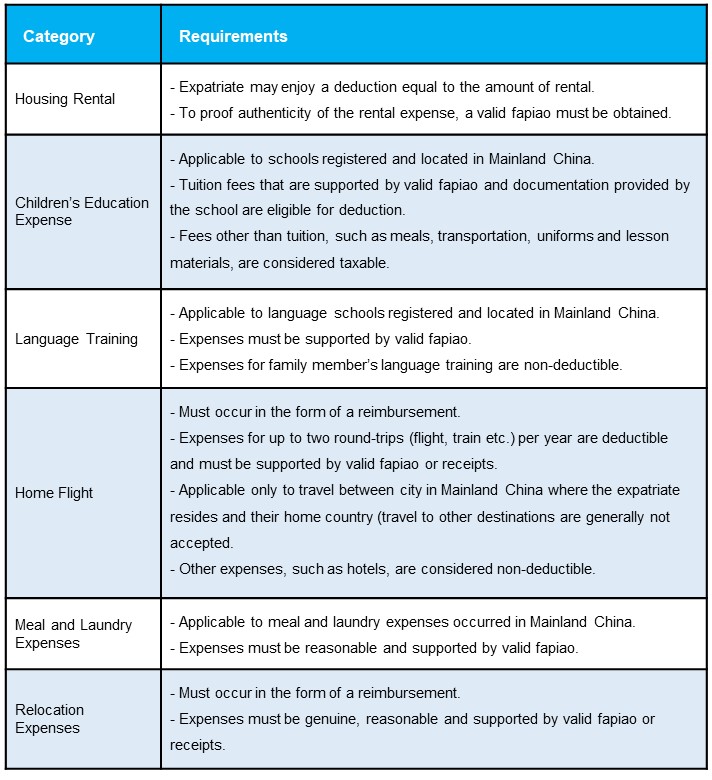 These benefits could be exempt from taxes, provided that the expenses were reasonable, and they were accompanied by the relevant supporting documentation such as the fapiao, for each expense claimed. In principle there is no set amount that can be deducted, however Chinese law states that a reasonable amount may be deducted. In general, it is advisable that between 30% and 35% can be deducted from a foreign employee’s monthly salary, in order to avoid any inquiries from the tax bureau.

With the implementation of China’s Individual Income Tax Law, the government intended to reduce the benefits received by foreign employees working in China and create an equal taxation system on foreigner and local taxpayers. Instead of an immediate implementation of this, the transition period was announced in Cai Shui (2018) No. 164 – which applied from 1 January 2019.

The IIT law and subsequent notice, Cai Shui (2018) No. 164, applied to foreign employees who reside in China. During the transition period, foreign tax residents had the option of either choosing either:

Which allows for deductions on these six items:

ARE YOU A TAX RESIDENT IN CHINA?

You will be considered a resident individual in China, if you meet either of the following conditions:

The scope of taxation covers salaries, wages, any labor remuneration as well as any other income sources. The starting point for individual income tax to be applied is RMB 5,000.

In an effort to attract and retain foreign talents, the Chinese authorities have decided to extend the preferential tax policy for a further two years. This means that expatriates working in China will continue to be able to enjoy the tax reduction policies until the end of 2023, offering more tax deductions for the specified expenditures.

WHAT WOULD HAPPEN IF THE POLICY WAS NOT EXTENDED?

According to Cai Shui (2018) No. 164, from 1 January 2022, which is the end of the transition period, foreign tax residents in China would no longer be entitled to benefit from the preferential-tax exemption policies.
The tax-exempt benefits policies would have instead been replaced by the itemized deductions, which have a standard deduction rate and provide a significantly less deduction than the tax exemption policy provided.

While some anticipated the tax policy to come to an end on 31 December, expatriates working in China welcome the policy extension. For both companies and individuals, it is important to understand the consequences of the extension of the policy and how to structure salary packages moving forward.

For more than a decade MS Advisory has been assisting SME’s across China and Hong Kong with all their accounting, financial advisory and business setup needs. We are dedicated to delivering high quality through transparency, compliance, and attention to detail. Get in touch with us right away and let our consultants provide you with the understanding you need to enhance your operation in China. 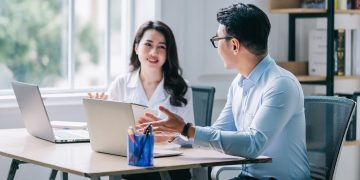 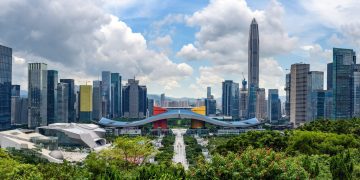 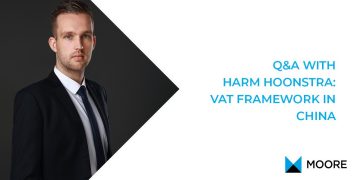